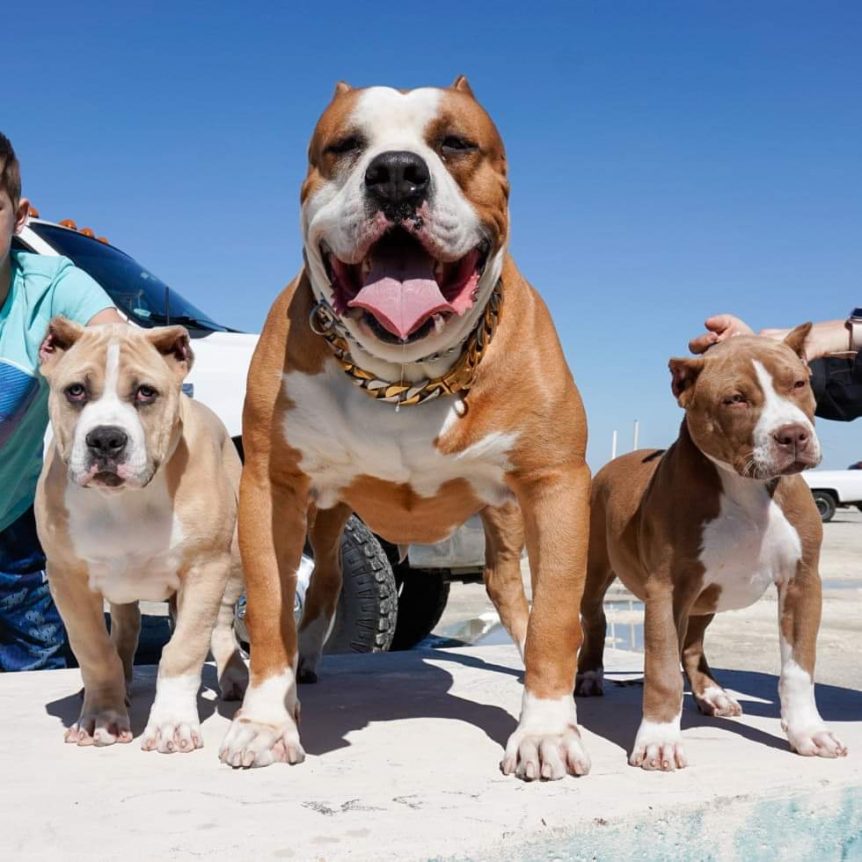 Establishing a pitbull bloodline is an accomplishment most pitbull breeders desire. However, most American bully breeders, with little knowledge of pitbull breeding, go trigger-happy after their first successful litter. Prior research as a breeder is important whether you are breeding Pitbulls for sale or as family dogs.

Why establish a Pitbull bloodline?

Your first litter is always the exciting one. When you get it right, your puppies come out looking healthy, bouncy, and ready for nurturing and socialization for families. You put out a ‘pitbull puppies for sale’ ad and wrap things up with a smiling bank account. Such success gives you an ego boost and leaves you feeling ready for the next litter.

But not just yet. There is more to pitbull bloodline breeding than what meets the eye- and this is the part most breeders get wrong. They rush in too quickly without why they want to start breeding Pitbulls.

And we are going to help you define your WHY.

A dog breeder would want to establish a pitbull bloodline for two reasons. One is to preserve or maintain a quality they saw in their first dogs. It could be a docile temperament or a competitive edge like big muscles.  The Gotti pitbull line is known for producing stocky and muscular American bully dogs.

Secondly, a breeder would be interested in a bloodline if they want to introduce a new trait to their family of dogs. For instance, if you meet a breeder whose dog has a high IQ and is very trainable, you would want those solid qualities in your bloodline. You get the other breeder’s stud or dam and arrange for breeding. Hopefully, four to five generations down the line, the new traits are absorbed into your resulting pitbull bloodline.

As we mentioned before, creating an American bully bloodline entails achieving a litter that has a unique trait. It is a trait that is desired by would-be dog owners as well as other pitbull breeders. If your American bully dogs are going to compete in shows like the ABKC championship, they need to possess a quality unique to all other dogs competing at the same show.

Establishing a pitbull bloodline is no easy feat, but it is not impossible. One important thing to note as an upcoming breeder is the various forms of breeding used by professionals. Generally, they are three;

How to inbreed Pit bulls

We often get questions from pitbull owners and fellow breeders on whether it is safe to breed sister and brother dogs. Others do ask if they can breed father and daughter Pitbulls. If you ever asked these questions yourself, then you are thinking about inbreeding Pitbulls.

Inbreeding means breeding closely related dogs, preferably of the same family. In most cases, it involves mating the mother or father to the puppies they sired. A father mated to a daughter or a mother mated to a son. It could also be a half-brother mated to a half-sister. Some breeders would inbreed a grand dam or a grandsire to a granddaughter or grandson.

“Inbreeding is mating two dogs of the same pedigrees”

Inbreeding helps preserve desirable traits seen in a bloodline. Yet, as easy as it sounds, inbreeding can produce negative results if done carelessly or without prior knowledge of pitbull genetics. We need to understand how inbreeding Pitbulls potentially affects the succeeding generations.

The dam and sire each give off half of their genes during mating. The resulting litter receives half the genes from both parents.  With continual inbreeding, the gene pool reduces by 50, 25, 12, 5, and so on. It explains why it can be hard to achieve the traits you want in the succeeding generations. Also, it is possible to start seeing undesirable results with uncontrolled inbreeding, hence the scientific term, inbreeding depression.

Yet, we cannot rule out inbreeding as a possible way to form a pitbull bloodline. Many of the individual pedigrees we see today owe their roots to inbreeding. With this type of breeding, a breeder knows they are successful if the resulting litter has few to no structural or health defects.

Haphazard inbreeding will cause more harm than good. It takes a trained eye to spot when the breeding practice is no longer viable and there is a need to switch to other breeding methods.

In line-breeding, a breeder mates two relatives of the same pitbull bloodline. Common pitbull line-breeding practices involve mating a first cousin to a second cousin, an aunt to a nephew, or an uncle to a niece. It is also possible to line breed a half-brother to a half-sister.

“Line breeding is the median between inbreeding and outcross breeding”

How line-breeding in dogs works

Say two closely related dogs have the genes, X and Y, X being the good gene while being a bad or recessive gene. The X gene is responsible for good traits like muscle mass, high IQ, or a gentle temperament. The Y gene, on the other hand, produces undesirable traits like a strong prey drive (unless this is the intended trait), hip and joint problems, heart problems, deafness, and so on.

When a breeder line breeds the two dogs, the resulting litter will have XX, YY, XY, and YX genes. XX is the desired trait the pitbull breeder wants to achieve. Puppies with YY genes carry the recessive genes and are likely to have physical or temperamental defects. XY and YX puppies are like their parents and can be used for next-generation breeding.

With linebreeding, the gene pool remains high quality within the first four to five generations. Gene depression will only occur if the breeder does not expand the gene pool. When this happens, the resulting puppies are likely to have bad traits such as;

Outcrossing is the mating of two purebred dogs that have no ancestral relation. It is the only breeding style that increases heterozygosity (the gene pool) in a pitbull bloodline. Most pitbull breeders prefer outcrossing because it is safer and allows them to achieve different results with every breeding.

Cross-breeding or outcrossing may be between two Pitbulls that are not from the same bloodline lineage. Also, this method of breeding is applicable when a breeder wants to create hybrid Pitbulls. Famous pitbull hybrids created by this method include;

There are plenty of options to achieve with outcross breeding Pitbulls. Ideally, a pitbull breeder would use this method if they want to;

How can you start a bully puppy’s bloodline?

First decide on what you want to achieve in your bloodline. Do you want BIG MUSCLES, STRONG BONES, THICK NECKS? Or perhaps you want to weed out the strong prey drive in your existing bloodline? You can only become a good pitbull breeder once you identify your “WHY”?

It helps to have a photo of the dog you want to achieve. This will be a visual benchmark to help you know if you achieved the kind of dog you wanted.

Educate yourself on the various breeding styles. Find books or online articles that expand on the topics of inbreeding, linebreeding, and cross-breeding. Go out and visit other bloodlines out there and see what you can use

Once you have a goal in mind, identify the best sire and dam from your litter. If you do not have suitable mates, you can outsource from other pitbull breeders. Take your time to find a good sire and dam, it will make all the difference in the resulting litter.

Establishing a pitbull bloodline will also require your ability to distinguish between the various breeding types. While inbreeding works for the first two generations, gene depression is likely to occur by the third or fourth generation.

Line-breeding is better than inbreeding as it temporarily solves the problem of gene depression in the first four to five generations. Yet, if the gene pool remains small, there is a high risk of gene depression and a host of other genetically inherited disorders.

Outcross breeding is the safest route taken by most Pitbull bloodline breeders. This breeding method avoids gene depression and inherited disorders. Breeders also use outcrossing because it present multiple options for achieving unique traits when establishing a bully bloodline. But even outcrossing can lead to wiping out of desired traits if not practised sparingly.

Want to become a celebrate Pitbull bloodline breeder? Understand how to manoeuvre between the various breeding styles. It will take a while before you get the hang of it, but when you do, the patience and resilience to learn will be worth the buck!

Before you go, here is a video recapping everything we talked about;