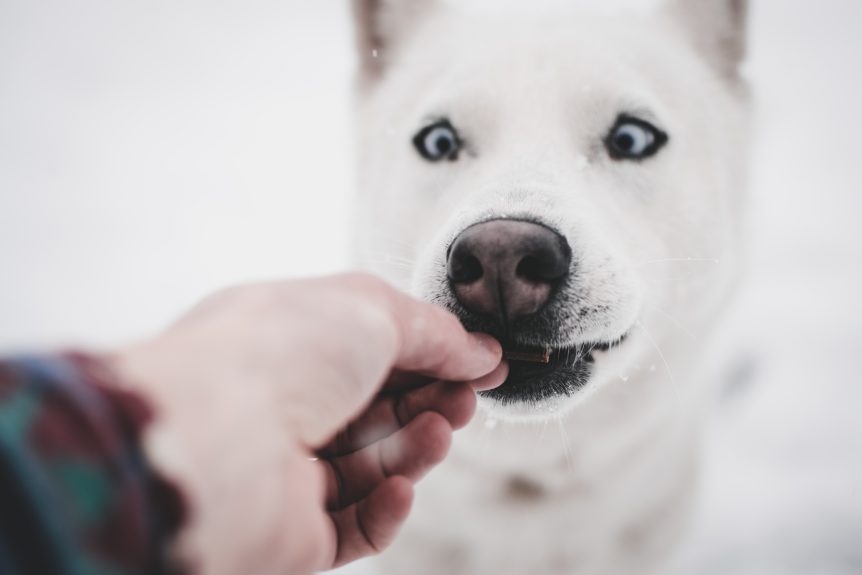 Anyone who owns a dog knows that these fluffy animals wander everywhere and put everything they see into their mouths. It makes them extremely vulnerable to contracting diseases, especially ones that spread from viruses.

One thing that you commonly see among dogs is the existence of worms in their bodies. It mostly occurs due to their habit of picking up everything and putting those into their mouths.

Deworming is the process that takes out these worms from inside a dog’s body. Deworming is essential for a healthy dog.

However, there could be dogs without worms in their bodies. It leads to the question, “does dewormer hurt dogs if they don’t have worms?”. Let’s find out the answer to this and more about dewormer for dogs.

What Is A Dewormer?

A dewormer is a medication that is useful in treating parasitic infections. Dewormer for dogs work by killing internal and external parasites, including hookworms, tapeworms, and ringworms.

The worms are the root cause of many infections in dogs. Once the worms are killed, the infections are automatically treated. It is why deworming dogs is essential.

Dewormer for dogs, such as liquids, tablets, and injections, come in different forms. Deworming is generally considered safe on dogs, although there could be certain side effects, especially when not properly administered.

How Does Dewormer for Dogs Work?

All of these dewormer for dogs are pretty much useful in removing worms from your dog’s body. The difference lies in how each dewormer works to achieve this.

Therefore, any dewormer that can remove any worms in your dog’s body should be considered alright as long as your dog ends up being worm-free.

Does Dewormer Hurt Dogs If They Don’t Have Worms?

Dewormer for dogs are safe to give to dogs of all ages, even puppies. So, it won’t hurt if you give your dog a dewormer, even if it doesn’t have worms.

Oral dewormer for dogs aren’t quickly absorbed into the circulatory system. They need to work in the bowels first. Therefore, the medicine will pass through and not affect a healthy dog.

Always discuss this with your vet before giving any medication to your dog. Especially when giving dewormer to dogs without worms, you’re better off giving a little bit instead of doing the opposite.

Side Effects Of Dewormer for dogs

The most common side effect of dewormer for dogs in dogs is vomiting. If your dog vomits once after taking dewormer, it may not be a cause for concern. However, if your dog vomits several times and seems distressed, it’s time to call the vet.

Severe vomiting can make your dog extremely weak and vulnerable to more diseases. Therefore, you must take immediate action.

Other side effects of dewormer for dogs include the following.

Once again, these may not always mean something is wrong. However, it’s better to consult your vet if you see any of these symptoms in your dog, just to be safe.

In worst cases, an overdose of dewormer for dogs could also cause stomach ulcers and kidney and liver damage in your dog.

How Often Should You Deworm Your Dog?

How often you need to deworm your dog depends on several factors.

It is vital to deworm your dog at least once a month. It’s because most intestinal parasites have a life cycle of three to four weeks. Deworming dogs monthly prevents the occurrence of these parasites.

It’s also easier for owners to remember when to deworm their dogs again because it is done monthly. It makes the entire procedure user-friendly and reduces the chances of missing a deworming session.

●     Consideration Of Infection Of Risks

How often you deworm your dog also depends on the risks of infection in your surroundings and the area where you live.

Deworming is based on fecal test results if you live in a low-risk environment. A deworming treatment once or twice a year is the norm in this case.

If you live in a surrounding with a higher number of risks, it’s better to deworm your dog three to four times a year at a minimum.

The best way to determine this is to speak to your vet and come to a conclusion. Vets recommend dewing puppies every two to four weeks until they are twelve weeks old.

Factors To Keep In Mind When Deworming Your Dog

Do what’s best based on the answers to the following questions and vet recommendations.

If you’re taking your dog for regular walks outdoors, you must also consider the risk in such an environment.

Don’t let your dog roam far away from you. At such times, ensure to use a high-quality dog collar like the one reviewed here: https://www.ipetguides.com/halo-dog-collar-review/.

What To Expect After Giving A Dewormer To Your Dog?

The first thing you might see after giving a dewormer to your dog is that it passes out lifeless parasites in its feces. It may sound appalling, but have no fear as this is completely normal.

Sometimes, the worms may show some activity, like a flipping motion, but they will eventually die.

Your dog may also show signs of weakness, lack of appetite, nausea, and vomiting because its body is fighting against the parasites. These symptoms should persist only for up to twenty-four hours.

If your dog shows distress for more than twenty-four hours, you need to show it to a vet.

How Long Does It Take To See The Effect Of Deworming?

Dewormer for dogs start working almost immediately after taking them. Most treatments can kill parasites anywhere between two to six hours.

Your dog might excrete parasites through its feces for up to two days, which is perfectly normal and to be expected.

The time it takes for the deworming treatment varies for each dog. One dog might start to excrete parasites after two hours of taking a dewormer, while another might not do so until 12 hours.

How Long Should You Wait To Feed Your Dog After Deworming?

Dogs tend to vomit soon after they take a dewormer. It is a normal situation that occurs with many other oral treatments. Therefore, it’s advisable not to feed your dog after giving it a dewormer.

Dogs are also reluctant to take anything soon after taking a dewormer due to a lack of appetite. So you have no reasons to worry.

Check your dog’s status in two to three hours and offer it something to eat. It’s better to give one of its favorite foods so that this will motivate it to eat and also make it feel better.

Signs That Indicate Your Dog Has Worms

Parasites can have a distinct impact on dogs. Therefore, identifying the following symptoms is easy to identify that your dog has parasites within its body. Worms in the intestines can make dogs show the below symptoms.

Giving a dewormer to a healthy dog is perfectly fine. It will not cause any harm and pass through its bowels without effect.

However, an overdose of dewormer can make your dog show side effects like vomiting, nausea, etc. It can also lead to severe problems like stomach ulcers if given in large doses.

Proper administering of dewormer for dogs will do more good than harm to your dog. You need to deworm your dog to keep it healthy and happy.

When Should You Not Deworm A Dog?

If your dog is perfectly healthy and doesn’t show any signs of being sick, there is no need to give it a dewormer.

What Happens If You Don’t Deworm Your Dog?

Failure to deworm your dog will result in it becoming sick from worms. It will cause many health problems in your dog, including excessive vomiting, nausea, weight loss, and even serious issues like stomach ulcers.

What Time Of Day Should You Give Your Dog A Dewormer?

The best time to give your dog a dewormer is in the morning. It will give it the whole day to digest the dewormer and get rid of the worms.

How Do You Know If The Dewormer Is Working On Your Puppy?

The best way to know that the dewormer is working on your dog is to take it to the vet. The vet will check for worms in your dog’s stool and tell you if it is getting rid of them.