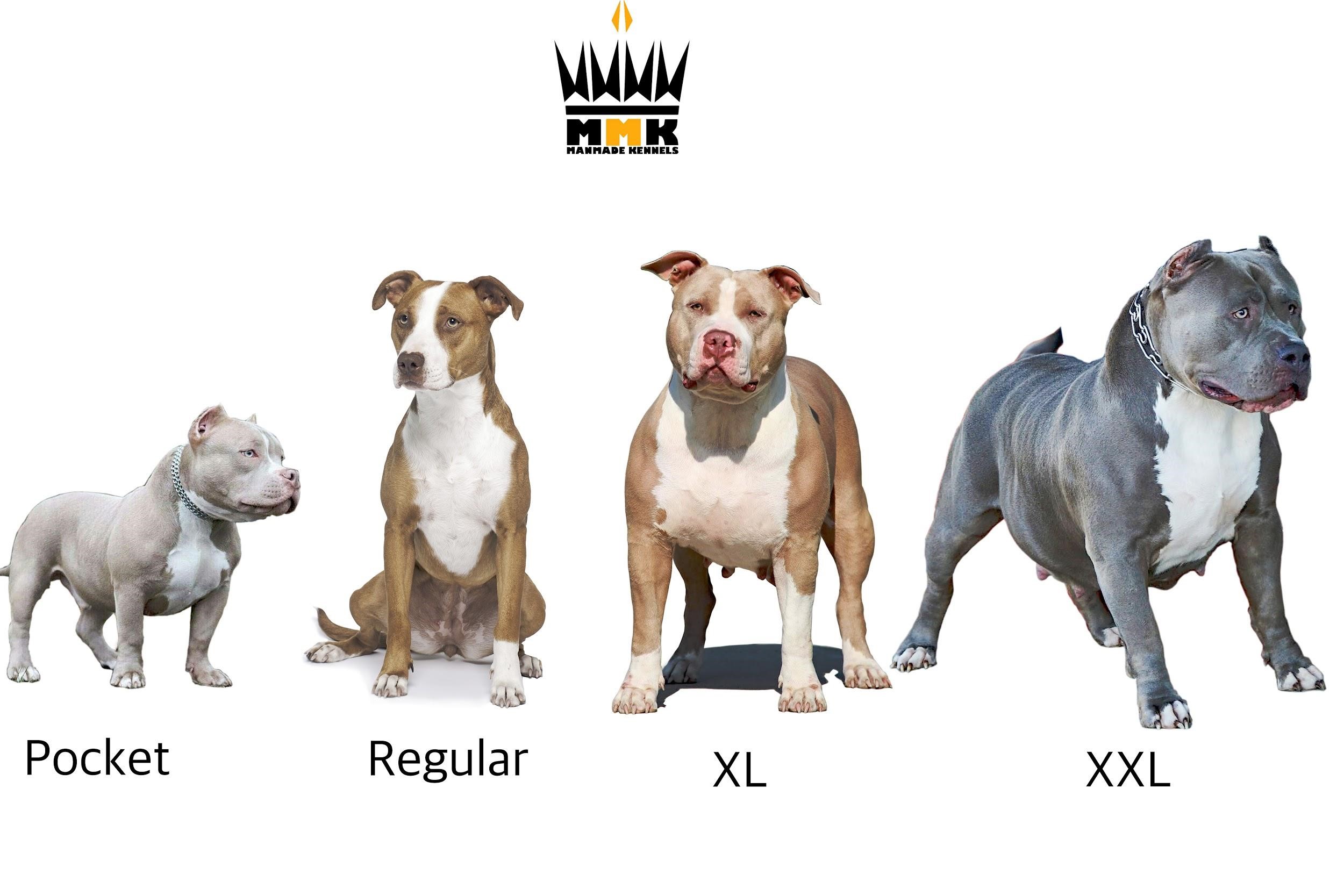 How to pick the Best Pitbull Puppies or Best American Bully

Best Pitbull Puppies ; You will read this on a lot of online puppy pages.  The truth is, adopting your first pitbull puppy is a big deal. Getting the right puppy could mean a lifetime of fun, happiness, goofy stunts, loyalty, and of course, envy from neighbors (because bullies are the cutest dogs ever). So don't fall for the sales tactics and cute puppy pictures.  There are a few things you should look out for, especially if you are paying a premium price for a puppy.

Buying the wrong pit bull puppy could end in tears, compounded with constant late-night whining, chewed up shoes, and furniture, pee stains all over your hardwood floor, and frightened, complaining or fed up neighbours.

And we both know that's only tolerable if you REALLY happy with your puppy.

So, how do you know you are getting the best blue pitbull puppies?

A good place to start is understanding the DONT’s of buying a pit bull puppy or any other puppy for that matter.

By all means, avoid buying pitbull puppies from;

Puppy mills breed dogs for money. They care less about the growth and development of the litter. This, often, results in puppies with undesirable temperaments.

Backyard breeders are a no-no as well. These breeders do not necessarily have bad pit bull puppies for sale. It could be a well-meaning family with a new litter that needs adoption. The downside is that most backyard breeders have little to zero knowledge about their litter.  They tend to not want to educate themselves and when you ask questions (like the ones below) they typically can't answer them.  That is dangerous, because you could end up with a stubborn or sickly puppy.

With that said, where should you get the best pitbull puppies from breeders?

Always buy or adopt best pitbull puppies from a professional pitbull puppy breeder or SPCA's that have experienced handlers.

According to the United Kennel Club,  the American pit bull terrier is one of the best-performing dogs in the USA. Pitbulls are also considered one of the best family dogs to own.

There are unscrupulous breeders out there trying to make a quick buck off of selling unhealthy, poorly socialized, and frankly, low-quality, pit bull puppies for sale.

Find a reputable pitbull puppy breeder in New York, Washington DC, Middletown, or where ever your from. The best choice is to find one online (as long as you don't mind traveling and the breeder is will to do video chats and extensive discussions. Once you get you a good breeder, you can then use the following ten tips to land you the finest pitbull puppy in the litter.

Note: Beware of Online puppy scammers.  There is no such thing as an AKC Registered American Pit Bull Terrier, and NO QUALITY BREEDER will sell an AMERICAN BULLY OR PITBULL TERRIER for $700.

Before anything else, choose the best pitbull puppy breed that compliments your lifestyle. Many would-be pet parents have no idea of the types of pitbull dogs out there. The main pit bull breeds available in America include;

Pocket Pitbulls are the tiniest of the pack. They are ideal for people living in tiny cozy homes. They demand less in terms of diet, grooming, and training. But do not let their tiny bodies fool you, pocket bullies pack a lot of energy in them, and will require regular exercise.

This is the original American pit bull terrier. All other pitbull variants are descendants of this legend. The regular pit makes one of the best American family dogs. He has a warm, cheerful, and loving temperament. He is a moderately active dog and can make do with 40 minutes of exercise a day. If you are looking for a dog that will play with and babysit the kids, get yourself an American pit bull terrier.

The XL pitbull is a burly version of the American pitbull terrier. Despite his brawny body, XL Pitbulls are known to be very mellow. They lack the aggressiveness of the regular pitbull and live to please their owner. They prove the norm that Pitbulls are dangerous by forever being gentle giants.

Given their big size, XL Pitbulls can be demanding to raise. An XL pitbull puppy will thrive in a large home with a big playing ground. They also love the outdoors and will be perfect for active families. If you live in an apartment with a busy lifestyle, an XL pitbull may not be for you.

They are bigger versions of the XL pitbull. They are strong, burly, powerful, yet mellow, and good-natured. They show little to no aggression and make great family dogs. But it takes a lot of effort to raise an XXL pitbull. If you are willing to put in the work needed to keep an XXL pitbull puppy happy and content, then go adopt yourself one. Oh, also go out and renew your gym membership as well. You will need it.

Bloodline is important if you want your pitbull puppy to grow up having unique physical and behavioral qualities.

The 10 most popular pitbull bloodlines in America

The Original bloodlines include Colby, Razor's edge, and Gator. These bloodlines are a product of older generation, skillful pitbull bloodline breeders. Each of the ten pitbull bloodlines has distinguishing features too. For example, the Jeep bloodline is famous for its tiny deep-set eyes. Old family red nose bloodline is renowned for producing the stockiest red nose pitbull puppies. If you want a pit bull puppy that descends from a 21st Century bloodline, get yourself a Gotti pitbull; AKA Standard American Bully.

Note: All of the None Original American Pit Bull Terrier bloodlines are really not true bloodlines.  A true bloodline will have at least three generations of consistent breeding's from the same blood or breeders on the top and bottom of the puppies pedigree.  We at ManMade Kennels have been working on this for 15 years and still have a long way to go, SO don't be fooled by someone saying XYZ bloodline.  This is usually not true.

You should ask to see the entire litter before choosing a pitbull puppy. A litter of healthy puppies will appear lively and energetic. When they are five weeks old, pitbull puppies start to interact with each other through play-fighting, feeding, and sleeping together.

Within a litter, you get to see the personality of each puppy. Avoid puppies that appear withdrawn or show less activity. There is a high chance they are sick or have behavioral issues. With a bit of training, some puppies eventually grow out of their introverted self.

Remember, if they don't want to show you the other puppies, there is usually a reason.

4. Meet the puppies parents as well

The apple never falls far from the tree. If the parent is aggressive, chances are the puppy will show the same aggression. Which is why it is necessary to meet the parents of the litter. Interact with the parents and see if they are friendly and social. Be cautious of breeders who refuse to let you meet the pitbull parents. If seeing the parents in person, ask for videos of the parents interacting.

NOTE: Dog on Dog Aggression is common with certain bloodlines, But aggression towards those that raise the puppy is NEVER ALLOWED.

Where do the pit bull puppies spend most of their time? A little sun is important for pitbull puppies that are developing. You also want to adopt a puppy that sleeps indoors rather than outside. Such a puppy is already accustomed to human noises and interaction. The pup will adjust easily to its new home.

Puppies that spend all their days in kennels or outside, away from human contact, will have behavioral issues. They are likely to show aggression due to poor socialization. Puppies living in filth are usually not feed as often and may appear as malnourished.  Do not buy from a breeder that treats their puppies like this.  This will only encourage them to continue to breed and destroy this beautiful animal.

Adopt puppies that have their eyes fully open. The eyes should not appear red or swollen. There should be no discharge coming out of one or both eyes. Newborn puppy eye infection can lead to blindness if not treated. Though you can easily treat puppy eye infection at home, the risk is not worth it for a first-time pet parent.

Check the ears to ensure they are healthy as well. There should be no discharge, inflammation, or signs of parasitic infection. These too can lead to deafness in puppies.

A healthy coat on a pitbull puppy should be thick, have a rich color, and shiny. There should be no hairless patches neither should the color appear dull. While at it, check the skin to ensure it is not inflamed, dry, or flaky. Watch out for puppies that are constantly scratching and licking themselves. It could be a sign of canine mange.

How do the pitbull puppies interact with each other? Are they all playful, outgoing, and friendly to people? Or do they appear withdrawn, lethargic, and growl when you approach? Puppy temperament is important especially for a breed like pitbull. You do not want to adopt an overly aggressive puppy that will end up terrorizing your family.

A little barking is okay since pitbull puppies are born confident.  Sometimes they will talk to you through growling.  But if the barking and growing is consistent, you may have a problem there.

You also want to keep off puppies that appear too withdrawn and afraid of people. If the puppy is not from an experienced breeder, chances are the puppy is poorly socialized.

Healthy pitbull puppies have a robust gait. They should want to run and explore, there should be no limping or sluggish walk about them. If there is, be sure to ask when the last time the puppies were de-wormed or had a vet checkup.  A pit bull puppy that does not show much movement is likely sick or has withdrawal issues. Ask the breeder to let the pitbull puppies out in the yard. If they all go about sniffing around and looking curious, that is a jackpot litter!

A healthy pup can work up an appetite. Set the pitbull puppies down on a bowl of raw food, and they will go at it like little burly piranhas. A puppy that refuses to eat is most likely sick and not ideal for adoption. Arrange with the breeder to visit the litter around feeding time. You also get to know what diet the breeder has been feeding the puppies.

Buying a pitbull puppy should be a fulfilling experience. Stick to professional pitbull puppy breeders if you want value for money. Furthermore, the above pitbull puppy buying tips should help you find the right breeder.

Check out our pitbull puppies for sale website for more tips and offers!